He undertakes many forms of minimally invasive gynaecological surgery including management of severe bowel adhesions, total laparoscopic hysterectomy and management of heavy periods.

He has published several papers on endometriosis as an Endosurgical Research Fellow in Adelaide and Melbourne, including in leading scientific journals such as The American Association of Gynecologic Laparoscopists.

As a specialist, Dr Gordon is closely involved in the training and preceptorship of obstetrics and gynaecology registrars and visiting gynaecologists.

He is a Fellow of the Royal Australian and New Zealand College of Obstetrics and Gynaecology and a member of AGES – the Australian Gynaecological Endoscopy and Surgical Society. Dr Gordon also participates in international conferences held by the World Endometriosis Society. 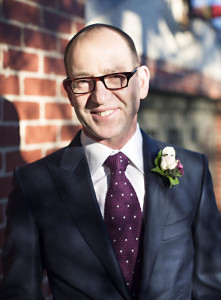 Tired of ongoing pain? Get an accurate diagnosis.

Every woman has her own individual circumstances regarding pain, fertility or both, and the range of symptoms can vary. Improve your quality of life by booking an individual consultation with Dr Simon Gordon today.